Floorballmaniatv and Keene ADDINGTON, we present the Chicago Floorball 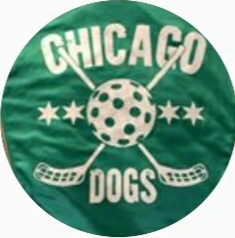 Floorballmaniatv this time takes you to the United States of America, precisely to Chicago, where the desire for floorball is growing more and more. You train everywhere, the organized camps are all sold out, in short, a great project is literally taking shape. we talked about it with one of the promoters, let's get to know the American floorball better.

We will discuss this with Keene ADDINGTON, head of the Chicago floorball.

1) Hi Keene, introduce yourself to our readers, who are you what do you do in life besides playing and teaching floorball?

My name is Keene Addington and I live in Chicago, Illinois in the United States. Besides my passion for the game of floorball, I own and operate 2 restaurants in Chicago (Tortoise Supper Club, and, Gussie’s Handmade Italian)

2) Where and when was the Chicago floorball idea born? –

Floorball in Chicago started about 14 years ago by several Polish, Swedish, and Check Republic players who were living in Chicago at the time. An American, Rudy Moser was the organizer and a terrific ice hockey player who got into the game of floorball. A few years later, I was introduced to the game by a good friend who is a Swedish man married to an American woman. I started a family game with my sons and his cousins. We played every week and eventually got more adult players involved (most of them had an ice hockey backround). About 3 years ago we married Rudy’s group and our group. We play every Sunday and have 40 active players involved in the game here in Chicago.

3) I read that your camps are always sold out, is floorball growing in the United States so much? And in your opinion, why?

Floorball is growing over here but not as quickly as many of us would like it to. Our camps have been sold out because we have limited the number of youth players to 10 due to the COVID-19 situation. We have 3 camps going with about 30 players. I do believe as floorball becomes more known in the US, that it will catch on in a big way. It is fast, it is fun, and it is not expensive to play. Ice hockey, which is very popular in the US, is expensive to participate in because of the required equipment and the cost of ice time. Everyone we introduce floorball to, falls in love with it.

4) At the moment where do you train? we have many photos and videos of Outdoor Workouts, is this for the coronavirus situation?

We are conducting our youth floorball camps this summer on a finely cut turf field due to the Coronavirus. While it is not perfect it is working fine for the kids. We normally play at 2 different indoor facilities that are used mainly for basketball but we retrofit the space for floorball.

5) What restrictions are there on team sports in Chicago right now due to the virus? how is the situation now?

While the US is starting to re-open, the major professional sports leagues are still on lock down. It will probably remain that way until August.

6) How many athletes does Floorball Chicago count today? Do you participate in any championship?

We have about 50 players of which 30 are very active. From our group of regular players, we field teams that compete in 4-5 tournaments per year around the US and Canada. Our #1 team, the Chicago Dogs have competed well in these tournaments but have not won a championship yet. Our last 3 tournaments we have two second place finishes and a third place finish. At last year’s US Nationals we came in 3rd place. 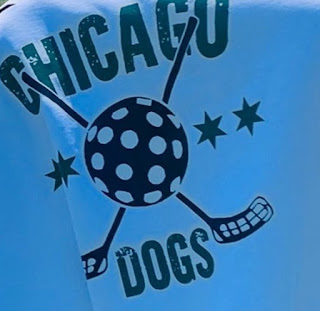 7) Who are Floorball Chicago's leading players at the moment? Has Floorball entered the college as a sport to practice in the United States?

Chicago’s leading players are a mix of Americans (Keene Addington IV and Fred Baldwin) and Europeans living in Chicago (Kuba Zajac and Sebastian Romanowski). Floorball is starting to catch on in the US colleges at the Club level but not at the varsity sport level.

8) How do you make selections for the United States of America national team? –

I will let Calle Karlsson, who is the head of USA Floorball answer that question. He is copied on this e-mail.

9) Given the current situation of the virus, when will the Championships resume with you? –

The US Nationals are scheduled for August. Not sure at this time whether that will happen or not. A decision is still pending. 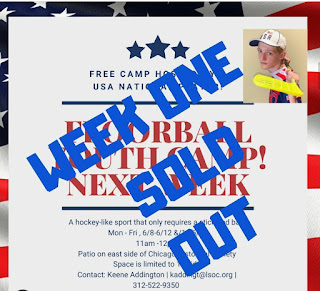 10) Keene thank you very much for your availability, we are happy to have interviewed you. Good luck and good work. Go Chicago Floorball.

Thank you Dario. We are all excited about the growth of floorball world wide and that the sport will be featured at the next World Games. We all certainly hope it becomes an Olympic sport. All the best to you and thank you. Keene