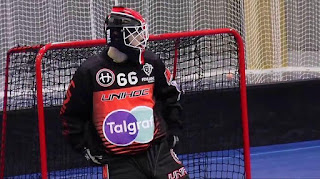 Hello my name is Sampo Villanen and today with us at FloorballMania we have a young goalie from Finland. An up and coming prospect in Finnish floorball, who has played for Finland's U16 and U17 national teams.

Goalie for SC Classic for their U21 team, as well as Classic United in Suomisarja. The eighteen year old, Veeti Peltoniemi.

1. Hello Veeti and thank you for accepting our interview. How are you?

1. I’m totally fine, thanks! Leagues are underway and we got a great start for the season with two wins a few weeks ago. It’s awesome to be able to play floorball in front of a crowd, after two seasons without any spectators at games.

2. Tell us about yourself, who is Veeti Peltoniemi?

2. I'm an 18-year-old floorball goalkeeper and an high school student from Tampere, Finland. I play for floorball club Classic and study in the sport-oriented Sammon keskuslukio high school.

I lived my childhood in a small city called Parkano which is located in northern Pirkanmaa in Finland. There I started my floorball career and completed my primary education.

I started playing for Classic in 2017 with 3 friends from Parkano. We drove over 1 hour every week to practice with Classic in Tampere. In 2019 I moved from Parkano to Tampere to start my high school studies and life as a goal-oriented athlete. 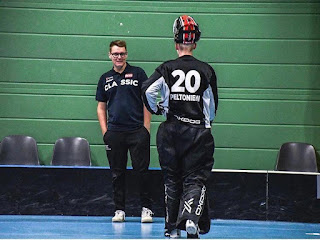 3. How long have you played floorball, how did you stumble upon the sport and why did you pick the role of goalie?

3. I have been playing floorball officially since 2014. As a small child, I used to take part in floorball clubs as an “after-school hobby”. There I understood that I’m more skilled at preventing goals than making them and in that's how I ended up between the posts!

4. How would you describe your style of play and what do you personally see as your strengths and weakneses?

4. I would describe my style of play as the style which is used widely here in F-liiga. It can be introduced also as a modern way of goalkeeping: we strive to maximize to prevent goals as smartly as possible. I believe that my strengths are in movement techniques and game situations where players are close. Instead, hand-eye coordination and hand positioning are features that I still have to improve.

5. What has been your biggest achievement in floorball in your opinion?

5. I feel that my biggest achievement thus far has been an opportunity to play and make progress in one of the world’s best floorball teams. Of course, that has been a reason for notable achievements such as a nomination for Finland’s national team under the age of 16 and the Finnish Championship in juniors in the U15 age group. 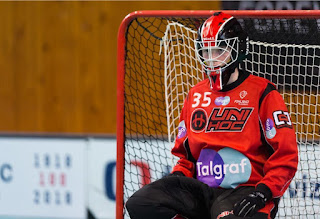 6. Who has been your biggest inspiration in the world of floorball in your career?

6. I might be a little different because I haven’t had specific role models during my career. Gathering continuous knowledge and skills from other goalkeepers and goalkeeping coaches has been my way to inspire myself to develop myself as a goalie every day. However, I currently follow Finnish F-liiga goalies like Nemo Sipilä, Joonas Kaltiainen, Lassi Toriseva and Oskari Fälden.

7. Tell us about your schedule, how many times a week do you train and how do you combine school with floorball?

7. Our team usually practices 4 times a week. These practices also include strength, endurance or speed training. In addition to our team practices, I participate in morning practices 3 times a week as a part of my studies because I study in my school’s sports program, so it's easy for me to combine my studies with floorball.

8. What is your goal or target for this season?

8. My target for this season is to play as stable and reliable as possible. Of course, I want to develop in small details compared to earlier seasons, but being able to give my team a chance to win every time, is my main goal.

9. You clearly are very passionate about floorball. What is your ultimate goal in the sport, where do you see yourself in 5-10 years?

9. Keeping my ultimate goals and just motivating myself. My dream would be getting a chance to play in F-liiga and win the Finnish Championship! I’m also open-minded about playing someday in a country other than Finland. 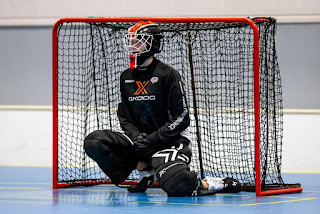 10. You play in Finland for one of the biggest clubs in the country. What words of encouragement do you have for players playing in smaller floorball countries, such as Italy?

10. Nothing is impossible. Even if others don’t believe in your possibilities and everything seems unlikely to happen, always keep following your dreams.

Smaller countries or teams don’t mean that you couldn’t be the best. Relentless work is the thing that matters the most!

Thank you for your time Veeti and good luck for the future. 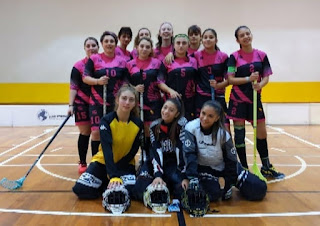 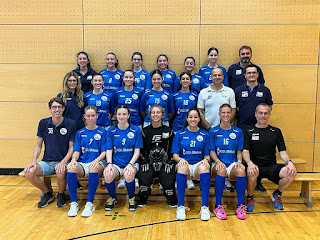