Floorballmania returns to tour the fields all over the world and this time we stop in Finland, one of the top countries of the world floorball.

The player we are going to introduce to you is a young Finn who has done a great job to make the big world of this sport notice him.

A thoroughbred striker, a real problem for all goalkeepers, he does not forgive in front of the goal, with great individual technique and a very powerful shot, 193 cm tall, a natural left striker of the Westend Indians team born in 1996 we are talking about Aaro Astala.

1) Hi Aara and thank you for accepting our interview. Meanwhile, we ask you, how are you after this pandemic period that has blocked the whole world?

1) Im doing great thanks for asking. Our floorball season is starting next week and I can’t wait!

2) Do we begin to get to know you better, when you get to know Floorball? How old were you starting? Do you remember your first workout?

2) I was 11 years old when my cousin invited me to their teams floorball practise. Our first practise was in a bombshelter deep under the ground😄. But I fell in love with the game immediately. I played football at the time but after I tried floorball I thought it was way cooler.

3) Ever since you were little Who was the player who inspired your career?

3) When I was young I rooted for SSV and went to watch their games quite often. They were a dominant team at the time. But maybe a player that I enjoyed watching the most was Oscar Hänninen from Oilers. His intelligence on the court was phenomenal and I wanted to be like him.

4) the new championship has started how do you see your team this year? What are the goals of your team? And what are Aara's goals?

4) Our teams clear target for this season is to win the championship. We have been training super hard and got some great players to our team so I’m super excited for the upcoming season.

My goal is to lead my team to win the championship. And ofcourse to play in the World Championships 2021.

5) reading the articles about you, we discovered that after a difficult time, you have grown a lot to become, the great champion you are now. What do you owe your growth to?

5)I’ve had some major obstacels in the that’s true, but maybe the most important thing that has strived me forward has been the will to better everyday and maybe someday the best. And also my opinion about sports is that you might as well leave everything you got on the field during your carreer because when you are 60years old and you look back to your carreer you can say: ”I gave my everything to sports”.

6) What match are you most looking forward to in the new league? Which opponent is the most rivalry against?

6) The answer to this is obivous! It’s of course the match against Esport Oilers, our dear rivalry. Our training facilities and arenas are 2 kilometers apart and the crown of Espoo (a city in Finland that our teams come from) is very important for both teams, so the games are always very heated.

7) let's talk about the national team. This year you were supposed to make your debut in the finals in Helsinki, but now it has been postponed, what do you think? You will have more time to prepare, do you think it is good or do you risk a drop in tension?

7) I think that it was the right thing to do considering the coronavirus situation at the moment. We will have more time to be even better next year, but so does our opponents, so we have to use our time wisely.

8) Which goalkeeper puts you in more difficulty when you face him in a match?

8) Eero Kosonen. He is so big and can read the plays beforehand, so it’s very to score against him.

9) let's play a game. Build a line, starting with the goalkeeper, made up of all the strongest players you know, putting you in your role.

10) Thank you very much Aara, we were happy to have interviewed. Greetings from the friends of Floorballmania. 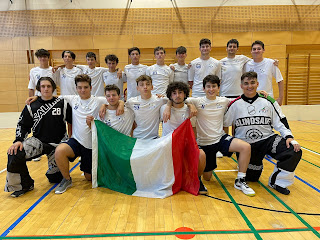 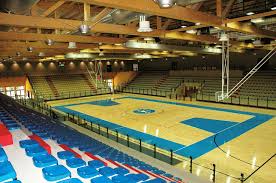 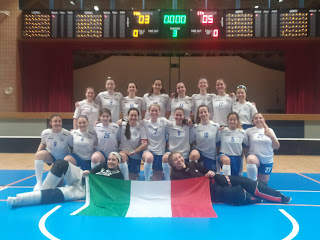