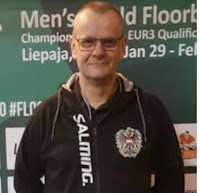 Floorballmaniatv, overlooking the Austrian land to get to know our neighbors better. In Austria there is a national team that is doing very well, the result of a growth project born at least 4 years ago.
We are talking about the Austrian Women's Under 19 national team, which has recently shown many beautiful things on the pitch.
The Austrian national team, masterfully trained by Kellner Patrick and his close-knit staff, always has the key man, the head of delegation, General Secretary Gerold Rachlinger.
Today we meet the Austrian Under 19 national team with him.
1) Good morning Gerold and thank you for your availability. Introduce yourself to our readers, who you are and what you do in life.
Since January 2019 I am the General Secretary od the Ustrian Floorball Association. My fulltime Job is at the Austrian Government. I work at the department of work. I take care of 19 to 25 year old workless people and help the to finde a job or get better education. I am also coach of the Austrian Girls champions FSG Linz/Rum.
We won the last trophy with a team the had an average of 18.5 years.
Before I came to floorball I worked at the black Wings Linz icehockey organization for almost 25 years
2) When does your Floorball adventure begin? And when do you join the National Staff?
In 2015 my daughter startet to play in the under 15 team of linz. As they did not had many coaches I offered my help.
The national team I joined by organicing camps for the under 19.
After that the Head Coach Daniel Persson asked me to help him to get a team together.
3) the Under 19 Project was born about 4 years ago and Coach Kellner Patrick has done a great job, given the latest qualifications, where is the secret of this growth?
Kellner startet in September 2018. Before that we had s Swedish coach. Daniel Persson brought a lot of good things to Austria.
There is no secred. We where lucky because we had a couple of good girls born between 1999-2004, the Teams at linz, Dragons Vienna and UHC Rum did a great job, mainly caused by the coaches who had, as me, their own girls in the team, and we worked a lot together with them.
A lot of camps and as many games as we cold play.
4) Gerold tell us what exactly is your job in the national team? We see you everywhere, always ready to make your contribution in any situation.
actually I do not have a job at the under 19 team any more. It was planed to be Assistant coach but that did not work. Only the finances are in my hand.
Let´s say the most dangerlous part of all in a team. Without a finance concept you can´t follow your dreams.
The job as a general secretary is to be everywhere where they need me to be.
5) How is the insertion of new athletes in the under 19 team going? How is the Austrian national team preparing for the next qualifying? What goal have you set yourself?
The next world championships Under 19 in 2022 are held in New Zealand. We are talking about that will not appley for this event. It simply is to expensive. We better invest the money in making floorball more popular to girls in Austria the next 2-3 Years then waste money. 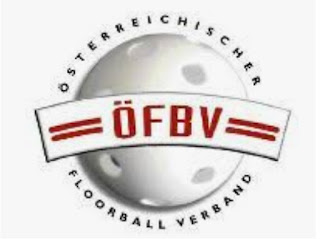 6) How do you select girls for the national team? Watching matches or doing rallies open to all?
I am on the road every week. I can say that I know every girl playing floorball between 10 and 99 in Austria. Normaly that’s should be the job of every team coach that is interested in his team. You don’t get a good team by reading statistics.
Not everyone is a good scorer, you need different type of players and you only finde them when you see them.
7) When and how will the championships start in Austria? Do you think there will be difficulties after the coronavirus?
Wse will start end September. We have a good contact to slovenija and hungary. So that we play a lot together.
Very good for all 3 nations to get better. All of them have to less team to be competitive.
8) What do you think of the Italian Floorball?
Same as in Austria. Far to less players, far to less floorball teams who are interested to bring girls forward.
Those who work for the Italian girls and the players are doing a great job, but as I can see it from here you are also missing quantity to get a better team toghter.
The Italian federation does a great job by organizing all those qualifacation event. i have to thank you for that by the way. 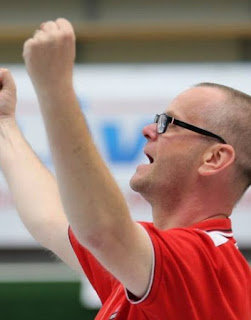 9) In your opinion, which is the under 19 national team that is growing the most, excluding the Austrian team?
I can tell you because I have to less informations about the other countries.
Thank you very much Gerold Rachlinger, for your availability soon.