Hello Dorothee, we are happy to find you on floorballmaniatv, this time in the official capacity of the Dutch federation.
we are very pleased to talk to you.
1)    we are very pleased to talk to you. Hi Dorothee, introduce yourself to our readers in your federal role what is your role?
1) I am Dorothee Vogelesang, Secretary and interim treasurer of the Dutch Floorball Federation (NeFUB).
2)      How is the development of floorball in the Netherlands going?
2) This is a very broad question, but I think we encounter quite some challenges. The board, all volunteers and our members want the sport to grow, but all our clubs encounter the same issue: Finding enough volunteers to be able to cover the needs is hard, finding more volunteers to enable the growth we want is tough.
All board members are volunteers, we have vacancies on board roles but also in committees that help us organize the competitions.
With vacancies in a small federation, there are limited possibilities. We choose to focus on having roles fulfilled that support the organization of our competitions over development.
All volunteers are greatly valued, as they put much time and energy in to make some part of our sport possible. We are very pleased to say that we make improvements and develop our sport in small steps each year. Something we are very grateful for.
3)    At each edition of the world qualifications we have always seen a moment Holland what do you attribute this technical and tactical growth to?
3) Overall our National Team Players are showing more dedication, but the biggest impact is visible with the grown experiences for our players.
Players that have been playing since they were young are slowly transitioning into our senior national teams, but we also see that (former) field hockey and ice hockey players seem to be able to find the sport and take their feeling for the game (playing with a stick and tactics) with them and share their knowledge and experience with their teammates.
4)    How does Holland develop floorball disclosure? what relationship do you have with schools?
4) In The Netherlands floorball is played in many schools, however, making the transition from playing in PE (gym class) in school to playing with a club, in one of our competitions seems to be a challenge.
We are still searching to find better connections, but again limited time, money and people make this harder to realize. We have big dreams, but to make the dream into the reality many things need to be done.
We do have a strong collaboration with Floorball Academy in The Netherlands (FAN), who provide more clinics and floorball education programs within schools. We are always happy to see when the work from FAN, i.e. introducing the sport to people, pays off in a club or the growth of a club in The Netherlands. 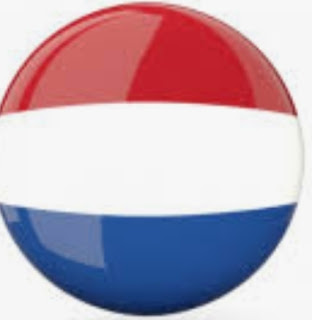 5)    In your country The championships are male and female or you have mixed championships?
5) We organize both regular competition and cup matches in Dutch Floorball, for male and female teams separate.
For adults, we have 3 male leagues and 2 female leagues, last season the male leagues consisted of 8 teams per league and the women’s 6 teams per league.Our youth plays in mixed settings.
6)    What are the goals of the Dutch federation regarding world qualifications?
6) NeFUB is always trying to get our national teams into the end round of the World Cup, our teams are working hard and we hope that we get to cheer for one of our own teams in an upcoming end round of a World Cup.
7)    Is there a desire to organize an event in the budget?
7) We love the atmosphere of the events, but we are not expecting to organize an IFF event in the near future.
Some Dutch clubs organize internationally known tournaments, like Amsterdamned and Groningen Floorball Open. Sadly this year both were cancelled due to COVID19.
8)    What do you expect from the next male and female qualifications, in both the senior and under 19 categories?
8) Of course we want our teams to shine. We hope all will qualify to end rounds of the World Cup, but there are quite some strong opponents out there. But we fight to close the gaps, be aware the Dutch are coming ;)
9)    When will the sports championship resume in the Netherlands?
9) in March we decided to cancel the remaining of the season, due to the pandemic.
Since July 1st it is allowed to have some form of indoor floorball practise, considering social distancing and taking extra hygienic measurements, but most of our clubs have very limited training activities during July and August.
We expect that we can play competition again starting September, and most clubs will resume regular practise shortly before that.

10) What does the President of the Dutch Federation think of the national teams? Is he a person present in the daily life of the Dutch floorball?
10) We don’t have a president, but our chairman is Martin Klomp. All board member roles are voluntary. Martin has joined the federation just over a year ago and has not played floorball himself.
He supports all our Dutch national teams to  structurally participate in international championships, believed that developing the federation will help in getting the sport to grow and is pleased with all the work our volunteers put in to our sport.
11)  how do you manage to reconcile the life as an athlete with the federal one?
11) I try to keep tasks very clearly separated. When I attend a national team training, federation stuff is not discussed during training breaks. I have a clear understanding with the National Team Staff, when I am training I am not the secretary.
All requests in regards to the national teams are discussed within the board or taken by our Coordinator for the national teams. With the National Team Coordinator installed, it is less hard to separate my role in the federation to my role as a player