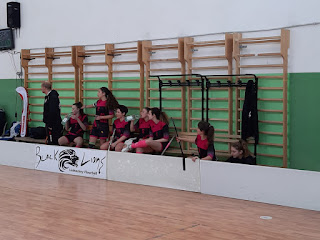 A pink weekend for the Italian floorball, yes it is played only at I Terzi, the official headquarters of the Black Lions.

Sunday, March 1, the penultimate day of the small women's field went on stage, Black Lions, L'Aquila, Viking Roma and Avezzano met on the rectangle of play. 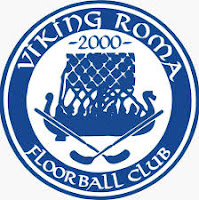 Viking Rome - L'Aquila 9-1
At 11:00 the first challenge sees Viking Roma and L'Aquila in front, a game that apparently seems difficult for the Roman team, but during the warm-up, there are two important absences in the Aquila line, there were no Elisa Fischione and Giulia Nardi.


The game starts and seems very balanced, after the Viking goal, however, the needle moves towards Rome and the team ramps up to 5-0 in the first half.


In the second half, the Aquilana team seems to be better on the field but Viking Roma continues in its maneuver, and marks the sixth goal.
A blaze from the Aquila team marks the 6-1 goal, here the Roman team was good because they could return the ghosts of the first leg, from 6-1 to 6-7 in a few minutes.

But no, in order Viking re-positions himself on the field and brings home the match with the result of 9-1. The Coach couple are good at giving the right indications.

Good performance of the third line available to the coaches, led by Mariangela Marotta, who supported the game well and the recovery of the team. For the Aquila team the absences are too important Elisa Fischione and Giulia Nardi, they are players who do not give themselves to anyone but yes there was also a delay in physical condition.
Immediately afterwards, the home team took the field against Marsica.

Black Lions - Marsica 19-0
Easy game for the Black Girls, they take the field with the lead not to miss the one with L'Aquila and play calmly in the match with Marsica, who despite being growing have almost never worried the home team.


At Black Lions, there was also the surprise of the return of Giulia Polisciano, a strong defender injured in the 4 minute of the match against Milan, Consorti Flavia also recovered, who had already given positive signs in the finishing training on Friday.

At 1.30 pm, after a pause, it is the turn of the Marsicane again that this time they will have to face it, against the Roman team of Viking.
Here, too, the technical difference is felt and seen, combining it with the tiredness of the Marsican team, making the result take off.

But in the news, it must be said that marsica, in the second half, managed to compact the lines, not to concede goals for over 12 minutes.


We must work but growth can be seen. 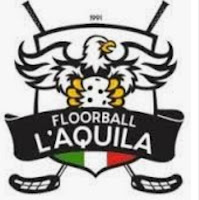 At 2.40 pm the Clou match between the vice champions of Italy and Black Lions third classified last year. The Black Lions team this year wants to amaze, athletically top team, a lot of running and good technique, has come into the concentrated field and begins its suffocating pressing action immediately.

A pounding action by Maria Clara Catarci brings the lionesses to the advantage after a few minutes.
The Eagle tries to react immediately but the Black Lions have bitten the prey and have decided not to leave it.

Marta Pelliccioni with 6 points in the game, she looks like a precise sniper in her shots, precise all the Black lines both in the round of the ball and in the closing phase. Twice in the box, L'Aquila does not take advantage of the advantage, the couple Polisciano and Falchi close all spaces.

Consorti also scored well with three points in the game, paired with the small Belen they become a perfect mix. Good proof of the third line Marele - Dragoni - Ruiz, on the coast and growth, will be an added value.

Excellent goalkeepers who gave their great contribution when requested, both go home with a 100% to remember. Elena Beccia from security to the department, her calm is transmitted to the girls and it shows, Masi Aurora small and promising goalkeeper Black plays 13 minutes of the second half with Avezzano and, with his 7 saves makes a great impression.


For L'Aquila, the initial speech is Nardi and Fischione, they are heavy absences, the team has tried to contain the pressing of the Black girls, but without success. L'Aquila is a great reality, which we hope to return to soon. 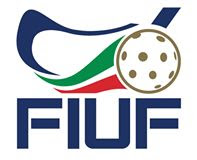 The games were refereed by Sandro di Tomassi and Riccardo Lombardo, nothing to object in their decisions, linear refereeing consistent with the games. It was a good day of sports and floorball, there was never a discussion outside the box.

﻿
Vito ADRAGNA was present at the matches of the Italian Women's Under 19 National Head Coach, who at the end of the match congratulated the girls for the high level of professionalism put in place and for the technical growth.
Even physical matches in some situations but always on the verge of correctness. A splendid public setting, especially in black races, hostess. In the match against L'Aquila, around 70 people cheered more than the athletes of the other matches just ended.


Hopefully it will be an important signal to restart, since Italy is currently at a standstill due to the Coronavirus emergency