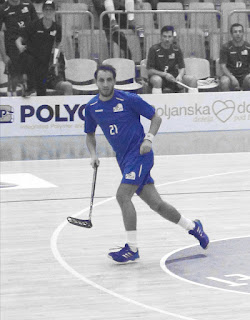 Floorballmaniatv, the journey to discover the most representative players in Italy continues. Today we went to Bolzano, in the most titled team in Italy, SSV Diamante Bolzano, to meet one of their most prolific strikers. Giorgio Picin, SSV Diamante Bolzano player, striker with great technical and physical skills.

Fast and physically prepared player, he provides his team with an important contribution every year, with his goals.

1) Hi Giorgio, how are you? Introduce yourself, what do you do in your life in addition to play Floorball?

Hi Dario, hi to all the Friends of Floorballmaniatv!

My name is Giorgio, i’m 25 years old and I play as forward for SSV Diamante Bolzano. I’m also the captain of the team. I’m also the Competition Manager of FIUF.

I work as Laboratory technician for Acciaierie Valbruna in Bolzano. My role is metallograph, the technician that controls the quality of the producted steel with a microscope.

I’m very passionate about ice hockey. I’m part of Hockey Club Bolzano’s staff, as stats officier. I also wake up early in the morning to support the Vancouver Canucks, an NHL franchise (that’s not so healty, but I love it). 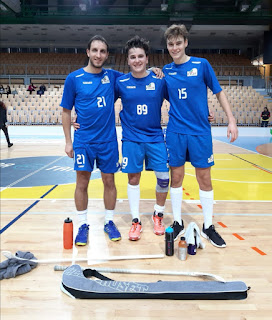 2) Whend did you began to play Floorball? Whit wich club? Do you ever play as forward?

I began to play Floorball in 2010. Previously I was a football player. I had a defensive role.

I was tired of football, so I’ve search a sport similar to ice hockey and I found Floorball.

3) Your actual team is SSV Diamante Bolzano, how was your season until now?

This year has gone very well. For me a little less, considering my injury, but for the team has been one of the best seasons since a long time.

We’ve lost only one game in Rome, but compared to the previous season this one I thing that we’ve grown on the point of view of the gameplay.

And the results confirm what i’m saying. But mostly we improve on team’s mental grow.

Every single player followed the indications of our coaches Volgger and Unterhofer. And this is the most important thing.

I think that only COVID-19 can get in the way between as and the championship final. 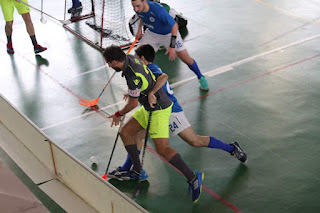 4) You play as forward. Have you ever think about changing your position in the field?

I played as defender in one game of the Italian Cup, but whit minimal results despite  the win of the match.

I would like to try as goalie, but an old knee injury prevents this.

Maybe is better to not change, considering that playing as forward hai going always very well.

5) Your best qualities are your phisical skills and the precision of your shot. What do you think you have to improve?

I worked hard on shot technique and I have to improve more about it.

Surely my speed, ball defense and shot precision are my best skills.

I like phisical play, but many players in Italy have never play an international floorball match, so at the first contact they complain, and also many italian referees penalize correct plays.

I must surely improve on game vision. Sometimes in training I play as center, but is a position that I don’t feel as mine. I prefer to play as wing.

6) Your brother Mauro is one of your teammates. Describe him as a player.

Mauro is a defesive defender. But in important games he scores always big goals.

He has a good slap-shot, but it isn’t really exploited by the teammates.

He has to improve his game vision from the back of the field.

He’s also an ice hockey fan like me. I really see in him the movements of the hockey player.

He’s surely one of the most important component of the team. His presence or absence is something that you’ll always feel.

7) Who do you consider your mentor in Floorball? Who is the best player do you play whit for SSV Diamante Bolzano? Which person do you consider the most indispensable for your team?

Mike (Michael Volgger) is the person I consider the most important for me since I play Floorball.

He’s like glue for the team and if he’s not present at training I feel not so really good.

He enjoys himself playing wing, but when our coaches decided to deploy him as center, our team cannot do otherwise.

The most important figure for SSV Diamante Bolzano is Mike as I sad. 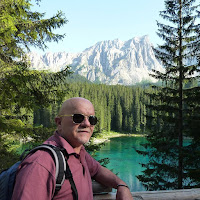 But also Herbert Gius and Gianfranco Concli are also indispensable.

Their work is not visible every day but they really have key roles.

8) After the match against Black Lions it took place a very special moment. You ate pizza together, do you thing that this moments help the friendship beetween teams? Do you think that this can be repeat with other teams?

Unfortunately I was at hospital, due my ankle injury.

But I lived other moments with Black Lions as described. 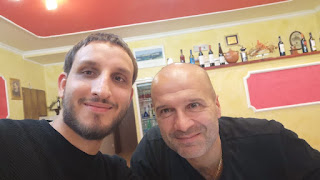 The friendship beetween is something really special and everytime we met we have some food and chat together.

Despite rivalry on the field, I had some beers with the guys of UHC Sterzing/Gargazon and I think this will happen other times in the future.

I played two years for Sterzing U19 team and I think I’m still in good relationship with those guys (outside the field obviusly).

9) Do you want to become a Floorball coach in the future? If yes, in which category would you like to coach? 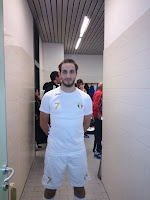 Definitely no. I tried to coach SSV Diamante Bolzano U19 team few years ago. We won the championship and the Italian cup, but coaching is something not for me. I really don’t like it.

After retirement I would like to became a referee. I enjoy that and I’m trying to learn all I can from De Conno and Calegari, the only Italian referees that also don’t play for any team.

10) SSV Diamante Bolzano is the most victorious team in Italy. Tell us something about one of your wins.

Yes, someone doesn’t like it, but SSV Diamante Bolzano is the most victorious team of Italy.

I would like to win the big field championship again. It would be something really special.

My dream is to win it playing at home, against Viking Roma FC and to score the game winner in Overtime.

I think that after this happens I would annouce the retiremente :P 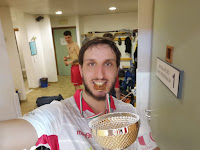 Last year we won the small field championship, the only title I didn’t win in the past.

It was a strong season. 13 wins in 13 games played. After the award ceremony , liters and liters of a lousy mixture of beer and prosecco was going out the locking room from the hole under the door.

It was really desgusting. We’re lucky that we’re healty enough to speak now about it.

11) The present for Italy and the world is really really difficult. Tell us your opinion about it. And from your role of Competition Manager, how do you think the season will end?

I’m honest, at the beginning my opinion was that COVID-19 was like a normal stagional sick situation.

But like many italians I had to change my opinion.
Everybody’s health is the most important thing. I’m at home from work and I see a lot of people walking on the street without a reason. STAY AT HOME!!!

Single behaviours can make the difference at this time. We have to follow and respect the restrictions that have been imposed. We have to stay at home today, to go out healthy tomorrow.

As Competition Manager I elaborated 5 proposals to end the 2019-20 season. At the beginning of april I would send thi proposals to the Federal Board, in order to organize the last month of this season.

My opinion is that regular seasons are over, and also playoffs could be over too.

Thank you Dario, hope to see you on the field as soon as possible!